Everything is about space,” says Trevor Blackman, founder of the Wha’gwan Film Festival, explaining the motivations behind this two-week event, which showcases the creativity of young black Londoners. “It’s about giving young people the space to develop, to mix, to debate, to be seen and heard.”

The festival launches its first-ever edition on April 12, with free online screenings of 22 films and four masterclasses. It is the latest venture from Blackman’s APE Media — the Newham-based charity that helps to develop the lives and careers of young people, in the capital and around the country, through the media of film and music. Many of those to have benefited from the charity’s work — some 15,000 people aged 10 to 24 since 2004 — have come from disadvantaged backgrounds, been excluded from school, lived with mental health issues or been involved in the criminal justice system.

In 2018, APE Media ran Newham Rising, a Home Office-backed project that asked young people to express their views on knife crime in the local area, and what can be done about it. Some of the participants responded with short films, which gave rise to the idea of doing a larger film festival. The name, Wha’gwan, came from Blackman’s desire to ask exactly that; amid all the upheaval of the Black Lives Matter protests, closed schools, an economy in freefall and the Covid-19 lockdowns, what’s really going on in the lives of young, black Londoners? 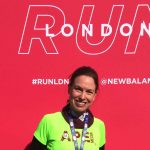